The roots of Vapus are past many years. At that time, when Bertram Mueck, active in the textile world trade, approximately looked a balance up due to the stressful job and associated with much flying around the globe, the countless professional travels took him to India and to yoga in more detail. After a short time the imaginary as a hobby employment with yoga gave way to pure enthusiasm and a 3-week stay in an ashram finally did the rest.

Back made of India the learned textile technician gives away and sold his past existence, packed only one bag and made himselve for one year on to Canada to complete his training as a Yoga teacher in a yoga ashram. Then he deepened his new knowledge in a 3-year stay in an ashram in India, studied the Vedic scriptures there, deepened his yoga teaching. He also traveled several times to the highlands of Tibet.

In 2003 he returned to Europe, founded a Yoga Center in Innsbruck and finally the Yogahaus Samvit Schliersee - organized and managed just like an Ashram in India.

After the Yogahaus guests more and more complained about that it was very difficult to get beautiful, functional and sustainably produced yoga clothing at affordable prices, burst into Bertram Mueck his original profession of textile technician back through and - coupled with his knowledge of yoga - the idea to take remedial action. And so in 2009 Vapus.organics was finally lifted out of the baptism. 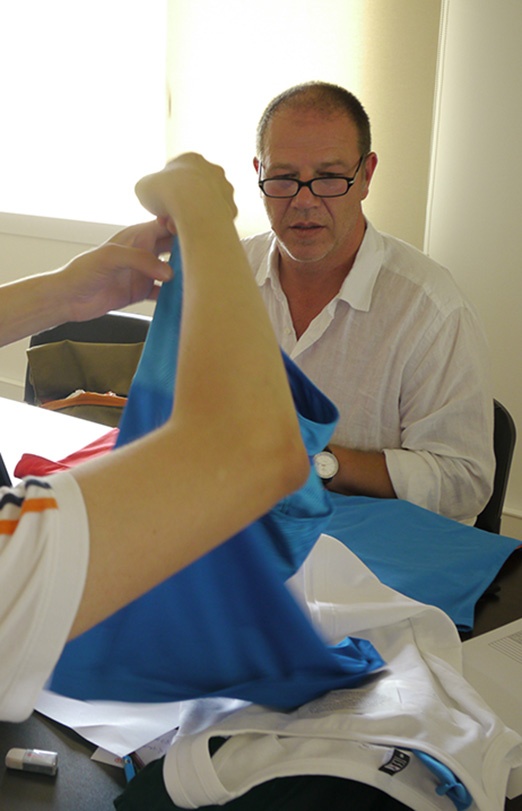